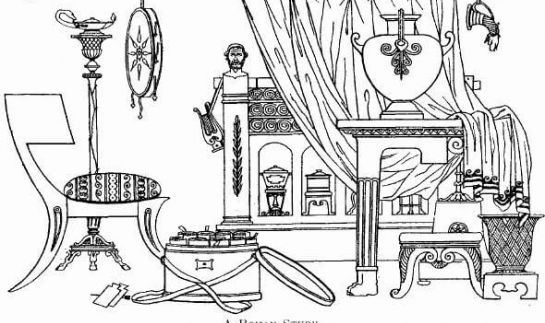 Furniture has played an integral part of human evolution and can be seen dating right back to the ancient Egyptian period. Different materials were used depending on the resources available during each era, but often furniture was an important indication of both wealth and power.

Because of the desert landscape surrounding Egypt, any available land was used for crops and food. This meant that there was not much wood available to make furniture – what little there was ended up in the houses of the very wealthy and powerful. The wood was mainly imported and used simply to make beds, chairs, tables and chests. The beds had images of the gods inlaid into the headboards to protect the occupant of the bed whilst they slept. Tables and chairs were low to the floor – in fact the more powerful the person the taller the legs on the tables and chairs were. It later became common for furniture legs to be carved in the shape of animals’ paws.

Greek furniture originally resembled Egyptian furniture using the same harsh and uncomfortable basic manufacturing styles. As time evolved however lines became softer and more attention was given to comfort. Greek furniture was simple and elegant, and used for practicality rather than decoration. Greeks often lay down to eat and they developed couches (known as klines) with high headrests to use as a backrest – often small tables would be placed next to these klines to hold food and drink.

The furniture of this period is very distinctive in its style. It contained lots of ornate carvings within the wooden furniture, with the colours quite dark in comparison to today’s furniture. There were not many curved lines and appeared harsh and simply built.

Furniture from this era became far more opulent and colourful – often chairs and cabinets were gilded and included carvings of flowers, or scrolling to showcase the skills of the craftsmen involved in their manufacture. 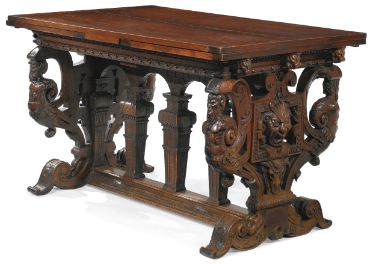 Different furniture styles during this period related to the area where it was manufactured, so the term ‘18th century furniture’ refers to a variety of styles including William & Mary, Queen Anne, Georgian, Chippendale, Sheraton and Regency. This was the era of the highly skilled master craftsmen responsible for extremely sophisticated designs and carvings found on beds, chairs and tables.

New materials developed during and after the second world war completely changed the way furniture was manufactured. Plastic, fibreglass and laminated plywood was used as well as highly polished metals. The design of furniture became limitless with no rules to dictate the materials, colours or shapes used. Functionality combined with technology created striking centrepieces of furniture that attracted attention in whichever room the furniture was placed.

Furniture today is affordable compared with furniture throughout history, and available to the majority of the population. You can choose furniture according to style, comfort, colour and durability, and the future of furniture looks extremely exciting with the advanced technology available for materials and manufacture.

If you have any furniture that needs reparing then please contact us we'd love to hear from you.